Harmonix the company behind previous music games titles such as hugely popular Rock Band and Dance Central as this week unveiled its latest creation in the form of Fuser, a game to test and improve your DJ skills. Offering mix vocals, bass lines, beats and riffs from artists like Billie Eilish and Lizzo. Check out the announcement video below to learn more about Fuser. Fuser will be available to play on the PlayStation 4, Xbox One, Nintendo Switch and PC and will be available later this year some time during the fall of 2020.

“With FUSER, we are delivering the ultimate music fantasy as a game,” said Steve Janiak, CEO, Harmonix. “Music today is an experience. It’s not just people listening to albums any more – it’s recording and sharing videos of you singing along to your favorite songs, watching your favorite bands play at festivals, and sharing hit music with your friends. FUSER puts players at the center of all that by letting you mix and share some of the biggest hits on your way to becoming a festival headliner.”

“When we first saw FUSER, we instantly knew it was something special,” said Dr. Songyee Yoon, CEO, NCSOFT. “It takes the amazing developer pedigree that Harmonix has developed over decades and distills the essence of creating, listening to, and sharing music where every player can be their own star. We can’t wait to see all the creations people will make.”

This week Tim Turi Senior Content Communications Specialist at SIEA has taken to the PlayStation blog to reveal more details about the “intense action” gameplay in the new Resident Evil 3 Remake. Resident Evil 3: Nemesis was originally released on PlayStation in 1999, just a year after Resident Evil 2. Similar to the 1999 original, Capcom’s RE3 remake ups the action on the chaotic city streets, which reflects in the core gameplay.

Features of the Resident Evil 3 Remake game that will be launching on April 3rd 2020 include :

– Capcom’s photo-realistic visuals bring Raccoon City to life with stunning detail. Blazing infernos cast zombie shadows down long alleyways. Faux movie posters adorn corridors. Dirt and abrasions show on Jill as she struggles to survive. The cumulative effect is striking.
– The RE3 remake dramatically reinvents the sprawling streets of Raccoon City — this is much grander than a one-to-one remaster. Expect larger areas and some reimagined sequences that dwarf those in the original game.
– New shops and locations flesh out the collapsing city, including an expanded subway station, new labyrinthine sewer section, and a richly detailed donut shop (yum!).
– City streets are wider and more open, unlike the relatively narrow corridors of the 1999 original. More room to dodge enemies! Speaking of…
– Jill has a new evade move (R1 + left stick) that lets you dodge lunging zombies and other foes. It works a bit like a parry, and is much easier to execute than in the 1999 original. Careful you don’t juke into the arms of a waiting enemy, though…
– The seasoned supercop can now perform a Perfect Dodge by precisely pressing X while in an enemy’s clutches. Success scores you a slow-motion counter window to open fire.
– Jill’s knife doesn’t degrade like the blades of RE2 remake, and it’s no longer used as a self-defense item (practice that Perfect Dodge).
– Similar to the RE2 remake and RE7, ammo crafting is key to survival in RE3. (Fun fact: RE3 introduced ammo crafting to the series in 1999!)
– Outwit your enemies with environmental traps. Blast red barrels to topple groups of zombies, and shoot electrical boxes to stun nearby threats.
– Jill, a known Master of Unlocking, can eventually pick numerous yellow padlocks scattered around the environment. This gives you more reason to canvas areas you’ve already explored as you hunt for extra supplies.
– Nemesis is bigger, stronger, and more persistent than ever. The brutish bio-weapon packs a heavy punch, ensnares Jill with a tentacle grab, and can cut off her escape routes with a flying leap. Your experience fleeing from RE2’s Tyrant (a.k.a. Mr. X) isn’t enough… When in doubt, run from Nemesis. Especially when fighting in confined spaces or around other enemies.
– If you must fight, do it on your terms. Lure Nemesis near electrical boxes or explosive barrels to deal damage while saving ammo.
– Sometimes, Nemesis drops valuable supply cases when you (temporarily) defeat him. Nab these for high-powered ammo and coveted weapon upgrades…
– Similar to the RE2 remake, there are numerous weapon mods to find. I souped up Jill’s pistol with an extended magazine, laser-dot sight, and silencer.

For more details on what you can expect from the Resident Evil 3 Remake currently in the final stages of development by Capcom jump over to the official PlayStation blog.

Those Who Remain game launches on PS4 May 15th

Ricardo Cesteiro Co-Founder and Producer air game studio Camel 101 has taken to the official PlayStation blog this week to confirm that the highly anticipated Those Who Remain game will be launching on the PlayStation 4 on May 15th as a Deluxe Edition.

“Today, I bring much exciting news! as it is with great excitement that I can finally share with you all that the game will release on May 15 — what’s more, I can also reveal that there will be a retail-exclusive Deluxe Edition that will include a digital download of the beautifully illustrated comic prequel story, ‘Those Who Remain: Lights Out.’

“As the lights go out, the embers of darkness are stoked in the sleepy town of Dormont. Whispers of disappearances carry through the town as a burgeoning, uneasy and irrational fear begins to spread and darkness comes to be an unwelcome reflection to Those Who Remain. Some mistakes should never happen, not when your life is complete – and yet they do. Edward had the good life, a beautiful wife and the perfect little girl, yet finds himself several whiskeys down and driving through the night of Dormont to end his secret affair – in a bid to fix his mistakes. “

“As Edward pulls into the Golden Oak Motel, he is unaware just how much this night will change his life… The horrors and darkness that thrive in the corner of every eye are torn loose… Those Who Remain places you in an up-close, psychological horror story set in the sleepy town of Dormont – a town in a spiralling split from the fabric of reality, warped by darkness and the deeds of the Citizens who reside. Confront the uncomfortable horrors reflected by the darkness and survive the night of Dormont as Edward is confronted with a test of his sanity, morality and the shadows of evil that lurks below.”

Those Who Remain w ill also be available on PC via Steam.

Gamers looking forward to the official launch of the new and highly anticipated Predator: Hunting Grounds game will be pleased to know that a trial weekend will be available on the PlayStation platform from March 27th-29th 2020. Charles Brungardt CEO at IllFonic explains more over on the official PlayStation blog.

“I am so excited to announce we will be running a trial weekend for Predator: Hunting Grounds, starting on March 27, and running through March 29. The Trial will be open to PS4 players with a PlayStation Plus membership and PC players as well via Cross-play support. Just hop to PlayStation Store, download the Trial, and start hunting!”

“Squad-up with friends as part of a Fireteam and take on dangerous missions before the Predator finds you – or become the Predator and hunt your prey. Wield human and alien weaponry in this intense asymmetrical multiplayer experience – unlocking iconic gear and skins as you level up throughout the trial. With cross-play support, team up or compete against PC players who access the trial via the Epic Games Store. “

Join the fight from March 27 (5:00 PST) to March 29 (11:59 PST) in the Predator: Hunting Grounds Trial. Start downloading the trial on PlayStation Store or Epic Game Store starting March 27 at these times:

Sony Cancels Plans For PAX East Due To Coronavirus 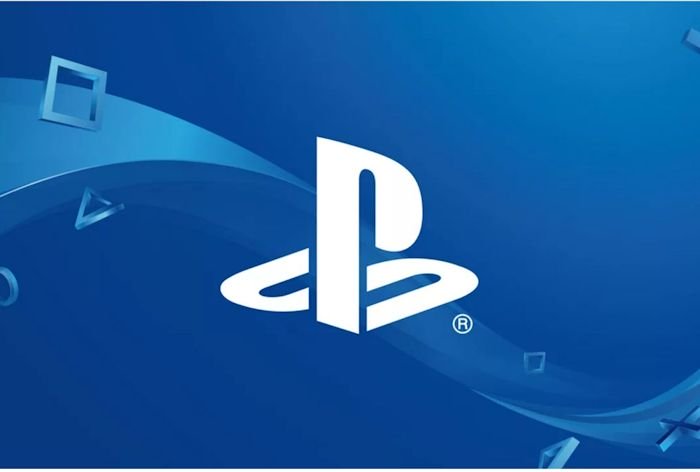 According to an update on the PlayStation Blog, Sony writes, “UPDATE: Today, Sony Interactive Entertainment made the decision to cancel its participation at PAX East in Boston this year due to increasing concerns related to COVID-19 (also known as “novel coronavirus”). We felt this was the safest option as the situation is changing daily. We are disappointed to cancel our participation in this event, but the health and safety of our global workforce is our highest concern.”

Sony’s decision isn’t a big surprise. Ever since the virus outbreak, many have been advised to stay home when possible and to avoid confined areas with a lot of people. This has led to many companies cancelling their plans to attend various events. It is better to play it safe.

At MWC 2020, company after company pulled out which led to the event being cancelled. Sony will most likely host its own event if they need to. There’s always next year.

PlayStation gamers can finally enjoy the first-person shooter survival horror video game Hunt: Showdown developed and published by Crytek. Hunt: Showdown has been available on the Xbox One and PC since last year and provides a game is set in the late 1890s, during which players take on the role of hunters who take down various monsters that have overrun the world. Fatih Özbayram Lead Producer, at Crytek has taken to the official PlayStation blog this week to reveal more about the sound design within the Hunt: Showdown game and why it is so important for players to listen for clues as they play.

“In a round of Hunt: Showdown, listening closely could save your life. Distant gunshots, the scream of a Hive, the cawing of crows, the barking of mad dogs, or the crunch of glass just behind you: the sounds of the world are what will most reliably alert you to danger — and there is danger everywhere. Because sound design played such a large role in the development of Crytek’s multiplayer bounty hunting game, today we’re talking to Audio Director Florian Füsslin and Lead Designer Dennis Schwarz about creating Hunt’s distinctive audio-scape and world.”

“Savage, nightmarish monsters roam the Louisiana swamps, and you are part of a group of rugged bounty hunters bound to rid the world of their ghastly presence. Banish these creatures from our world, and you will be paid generously—and given the chance to buy more gruesome and powerful weapons. Fail, and death will strip you of both character and gear. Your experience, however, remains in your pool of hunters—called your Bloodline—always.”

“We built Hunt’s soundscape around three pillars: feedback, immersion, and emotion. These three pillars come together to create the full audio experience. Feedback is the audio language that is readable to the player: What was that sound? Where is it coming from? Is it dangerous? We wanted to enable players to make decisions based on the sounds they hear around them.

As for immersion, we want players to really be transported into the world — so 1895 Louisiana — and for that world to be as believable as possible. So the ambience has to reflect the hot, humid weather, and the equipment has to have that gritty, haptic, heavy mechanical feeling of that arsenal back then — both in look and in sound.”

Uncharted The Nathan Drake Collection free with PlayStation Plus this month

The post Uncharted The Nathan Drake Collection free with PlayStation Plus this month appeared first on Geeky Gadgets.